Last Tuesday, I lost a friend.

I had just gotten to know him and his young family. They have a 3 year old. They are a very warm and inspiring couple and I was very much looking forward to getting to know them better, as we have some social gatherings over the next few months.

Our little group was all shocked into disbelief because it seemed like he was texting us about a Christmas party one moment in the late afternoon, and then 2 hours later we were told he was unconscious and they could not resuscitate him. By nightfall, he had returned home to the Lord. Everything happened in a span of a few short hours.

I was not close enough to him for me to grieve too deeply, but the suddenness of everything (they are such a lovely family) put a huge dampener on the rest of the week. I happened to be flooded with custom orders too, so I was kept fairly busy, but the whole time, my mind did not leave his family and the (seemingly) senselessness of their loss, even though I do agree that he is indeed in a better place.

Considering the situation and everything that was going on, I decided to spare myself the agony of last week’s “Embracing the Yuck” challenge.

I get that it might have been a good challenge for some, but no, thanks. I already have plenty of yuck around these parts as it is. Also, I did originally turn to Zentangles to calm down, create beauty and appreciate beauty in the mundane, not the yuck. Definitely.

This is my personal preference and has nothing to do with the Diva’s guest or the challenge being guest-issued – I’d also skipped the Diva’s original “non-dominatrix” (non-dominant hand) challenge when I was starting on the challenges from the beginning.

To be fair, I did try my hand at that old challenge, but gave up when I started getting frustrated and edgy because it completely killed off my inner calmness – the very calmness that for me is a challenge in itself to hang onto, each day.

I am so very happy to participate on this week’s challenge instead, which bears the title “Turning Old into New”.

I particularly like the hopefulness and positivity within the title itself, and was much happier to pick up my Microns this time.

For this week’s challenge, I drew a string onto my art journal, but did not really manage to keep to it, except for the borders. I had decided to use Pokeroot as a grid, and Sanibelle for my line border, which I think turned out quite pretty.

My Pokeroot is kinda half-spiral, half-grid(?) – I am not too sure which it resembles more, but I like it because it looks kind of like I am looking down at a bunch of Pokeroots from the top.

I ended up adding in Beadlines, which I wanted to present in a flowy grid, but did not succeed, and Shard/Shattuck which became a square. 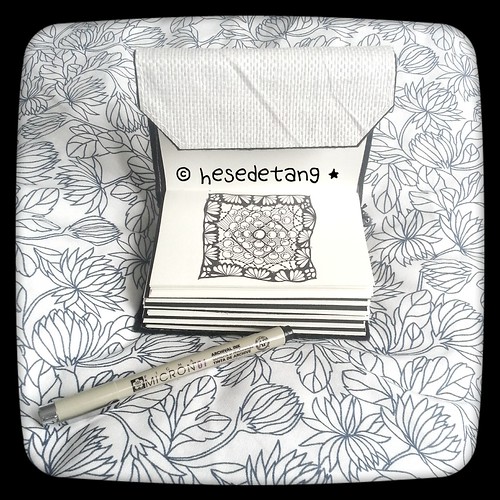 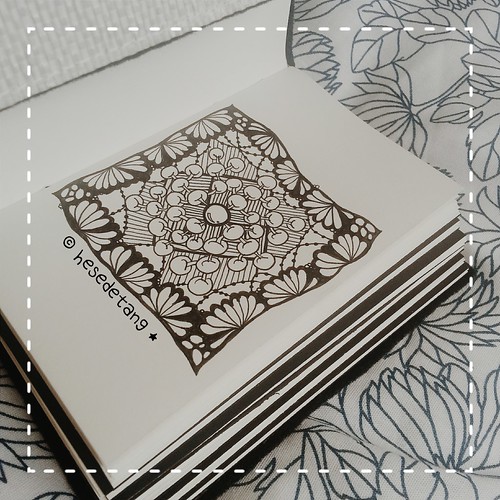 I am quite pleased and might try putting a spin on other tangles over the course of the week, just for fun 🙂

To end off, here are some other recent pieces before I visit other entries 🙂 If you are participating in my swaps on SB, I must tell you that there is a spoiler ahead 😛 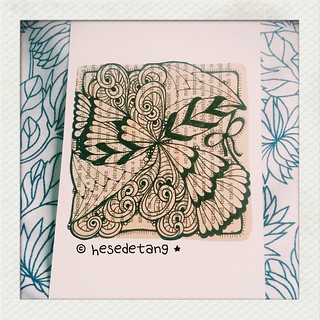 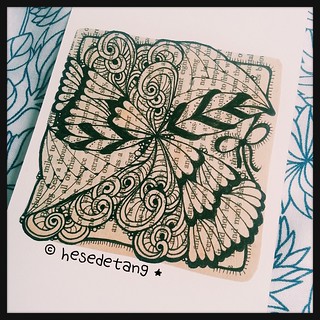 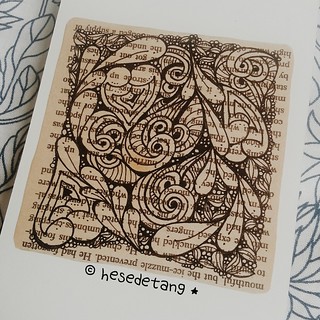 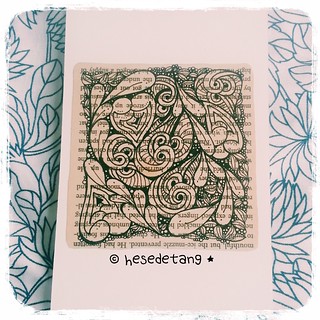 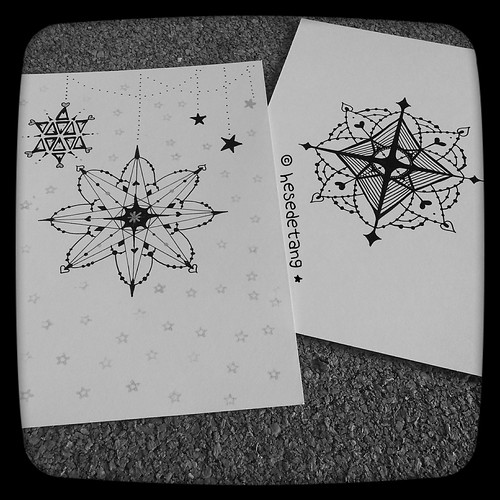 P.S. Thanks for all the visits and comments from previous weeks. They are much appreciated ❤

P.P.S If you should require a response from me, or have any questions, I may be contacted at hesedetang[at]gmail.com 🙂 Have a great week! 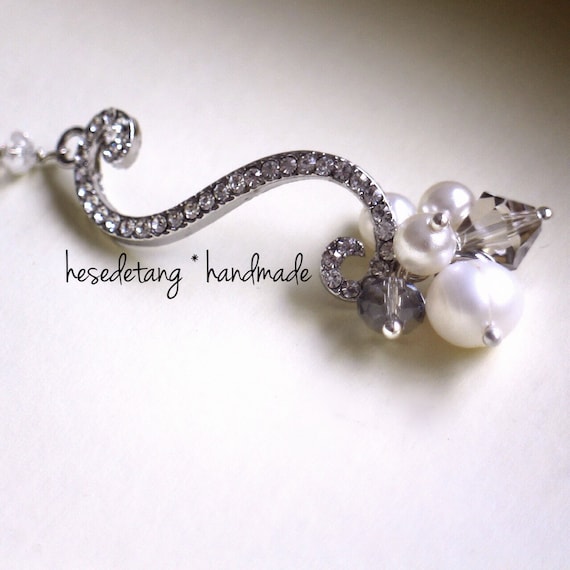 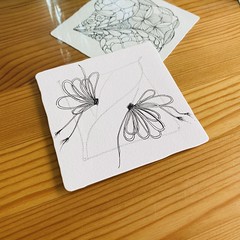